Episode 29 Codurance talks: The challenges of selling at Mercadona on line 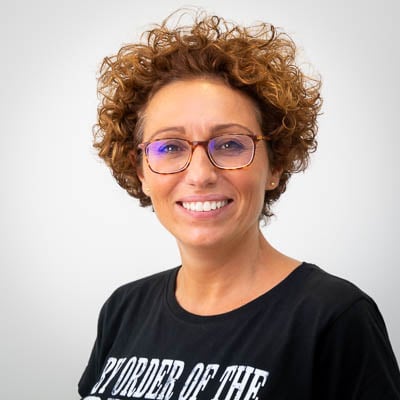 In this podcast José Enrique Rodríguez Huerta, Managing Director at Codurance Spain will chat with Fernando Díaz, CTO of Mercadona Tech. Mercadona is the biggest supermarket chain in Spain. They have more than 1600 brick and mortar shops throughout Spain and are now starting to expand in Portugal with a few new stores. Fernando and his team ensure that all of these online orders and deliveries can actually happen effectively.

In this session we will talk about the challenges faced by this kind of business in the market today. What kind of expectations do consumers have about how quickly their order is delivered? What about buying more complicated goods such a groceries or perishables? The buying process must be nice and short, straightforward and intuitive. You visit the website, you see and pick what you want, add items to your virtual basket, click, pay and your groceries are delivered to your doorstep in a few hours but ... what happens behind our screens? How does it work? Which parts of the process are automated? How is the Mercadona Tech team involved in coordinating all of this?

José Enrique Rodríguez Huerta: Hello, hello, hello, and welcome to another episode of Codurance Talks, the podcast where we talk about all things technology, software development and craftsmanship.  We're here today with Fernando Diaz, CTO of Mercadona Tech. He's a speaker, a firm practitioner and supporter of extreme programming practices and agile.

And before we go into today's topic, which is, you know, “what are the challenges of making something like that work in today's market?”. For those who don't know what the brand is or maybe don't know about Mercadona, or they're not from Spain, Fernando, could you give a brief intro to what Mercadona is just to to set the context?

Fernando Díaz: Absolutely. Absolutely. Thank you for having me, José. So yes, what is Mercadona? I guess that there might be some people that don’t know Mercadona, I'm sure that everyone listening to us from Spain can relate to what it is.

F.D: Yes, so Mercadona is basically the biggest supermarket chain in Spain, we basically have more than 1600 brick and mortar shops throughout the whole Spain, we are starting to expand into Portugal with a few stores. And I guess, to some people, Mercadona has become a little bit of a hit with their products. We say that, in Mercadona, the only thing that doesn't change is change. Where we keep on changing. So we do that in our production in our way of doing things. So basically, that has created a little bit of our culture behind the company.

J. E. R.H: And it's a culture that it runs not only in technology, but throughout the business, right, because the experience between shopping, you know, groceries at the store and shopping for groceries online is quite different. So why Mercadona tech? What is the idea behind it?

F.D: So, I guess like for all the big companies - Mercadona is now a 40 year old company - these kinds of new channels to sell, in the online world, have been a difficult task to tackle. So Mercadona has been trying to basically fix their online presence for many years, they do have an online presence, and they've had it for a long time, since like 21 years ago. But they have always had a big problem with this channel, which is it's always been losing a lot of money. And in a business when you have something that makes money like the brick and mortar shops in this case, and something that doesn't make any money and that actually loses money... It was not treated in the way that he maybe should have been treated. So basically, that website, that online channel that we had 20 years ago is the same channel that it's still serving many of our customers, right? And I mean, you can guess the quality of that channel is not up to the standards. Actually, in the words of our president of Juan Roig, it’s bad, it's not a secret to us, it's not the greatest.

J. E. R.H: And a pandemic in between, we'll talk about that later.

F.D: We actually do give a budget for the anniversaries. So like, one year, two year, three year budget, we're starting to give out the four year budget.

J. E. R.H: So again, you talked about a few things there. One is, you know, the expectations in today's world of Amazons and so on, where the consumer has really high expectations about how fast he's going to get things. And that is one of those things that, I guess can be really complicated, especially if you're talking about groceries or perishables. So things that you can’t have in a shelf somewhere, and just use them whenever you want. So high expectations that need to be met. What other challenges do you see in that space?

F. D:Yes so that’s definitely one of the biggest challenges that we face, doing groceries online, right.

The online world has started with basically companies that in a very good and lean way started to ship and to tackle certain industries, which were very easily transported. So, they had a very easy logistics side. But then when you get that like an expectation from your users like: Okay, so, if I have an online channel, then it should be same day delivery or next day delivery, and it should be for free, right?  But then you start getting into industries where this is much more difficult to achieve. Just to give some examples, our average order could be 90 kilos, which is basically composed of several cases, so maybe like 1.9 metres of height. Those 80-90 kilos are difficult to transport, and also have to be transported within, for example, different temperatures. So, we do have the normal groceries, which can be in a normal temperature, but then we have things like fruit and vegetables that should be below 12 degrees, neaten products should be below three degrees and we also sell frozen goods. So, doing that and preparing that and transporting that is a huge challenge, which takes a lot of time takes a lot of effort.

And, and the expectation of that being free and being done within the same day, it is a huge challenge, to meet that gap is a huge challenge for us. Because the reality is that the cost of any of those orders, fulfilling that and delivering that, can range between 20, 30, 40 euros but the expectation of our customers is that it should be free, coming from other industries where that is possible. Another example in one of our trucks, where we can fit a maximum 15 orders. Maybe Amazon, with the normal electronics, can feed hundreds of orders, so that creates some logistics realities that basically confront directly with the expectations of our customers.

J. E. R.H: You almost sound like there is, you know, you go online and you see your website now and you're filling your card, and click and pay, but there's a lot of work that happens behind the curtain, so to speak, in order to make things happen. And from all of that, what is automated? Whatever you can disclose on how that process works, how much of it is automated, is your team involved in coordinating all this stuff?

F. D: So yeah, that is one of the, I guess curious things about the things that we do. we are usually seen because of the experience, what you were saying before, what the customer sees is filling the bag, doing the checkout and, and finishing the order. So we are usually seen as an e-commerce team, while I would say 80% or even more than 80% of the efforts, and the innovation that we're doing comes from everything that happens behind the scenes.

So, basically, what happens behind the scenes, we go with an approach which is usually called a hub and spoke. So we basically focus on hubs, which are direct stores. It basically behaves on the Mercadona logistics system as a store, but it's close to the customers. So we group all of the demand for certain cities in these stores and then basically, all of the teams that are not in the e-commerce site, what they are focused on is on one of the following things, starting from filling that warehouse. So, how do we fill these warehouses in the most optimal way, right? Ordering what we need, but not more than we need because then after a few days you have to throw it away. So that is, in terms of society and in terms of money, is losing. And in terms of morale, you know, we don’t want to be throwing things away. So that is one vertical that we have, then once you start filling the warehouse, then you have to say where each product goes. So we do have a vertical team or streamline value stream team, which is basically trying to optimise the location of the products for the preparation to be the most efficient. Then we have another team that basically optimises all of the process of creating those orders, so basically putting things in a box.

Then we have a team that basically is in charge of the part when the orders are finished, so how to consolidate the different parts of the order. Because an order gets broken into the frozen parts, the big grocery, and loads the trucks. And then there is a final vertical, which basically is in charge of creating the best route for our trucks, which are in house trucks, for them to do the best routes that they can do. So as you can see, there's lots of things that you don't see. You see a person coming to your door with a lot of groceries, and it seems like magic. And again, talking about expectations, you say, well, if you don't have the store, you're earning a lot by not losing or you're you don't have to invest so much money, right? So this should be cheaper, but you're not seeing all of that 40 minutes that it takes to prepare the actual order, loading that into a truck, getting the truck into your house, slowing down into the elevator, getting up and loading it in your house, you know, there is a lot of things that goes into there that you’re not seeing and usually not followed by the customer.