Soft skills, the science of fiction 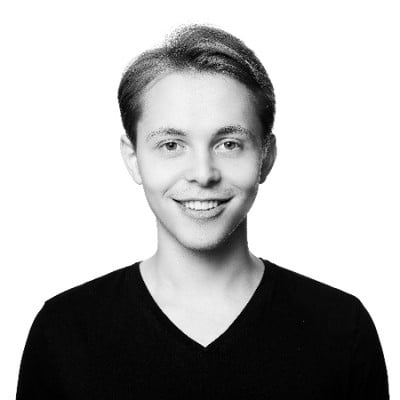 “(…) use the singular ‘they’ to avoid making assumptions about an individual's gender. “

(unknown origins, circa 980BC)

Anon rested,  arms crossed, head bent down, jaw clenched… It was Anon versus them. A brilliant programmer against a bunch of managers, HRs and some minor techie… Face to face performance reviews were a new fad in Anon’s workplace and the whole idea of it made each fibre of Anon’s body twitch with discontent. Stares were exchanged in deafening silence. The signs were clear to Anon - this was war.

Anon brightened for a moment. After all, they were quite a rock-star developer, had just recently nailed the DevOps Engineer exam and was actively contributing to at least 7 open-source projects! For a brief moment, Anon thought “They are so intimidated by me”. Then words started to flow, and the rest was just a blur* [16] …

“Soft skills? Now hold on a second, I understand what you’re saying, but the expectations there, that’s not something I ever learned or wanted to learn for that matter… even at my Uni! It’s not my fault!”. There was a vague recollection in Anon’s head of one of their lecturers mentioning something about another university experimenting *[1] with the course content to incorporate collaboration skills, human behaviour lectures and role-playing workshops into the curriculum. There was a massive downside to such an approach though. Time is a finite resource and the redistribution of it to soft-skills workshops meant doing it at the expense of core degree subjects. This in turn translated into overall student scores being significantly worse on the technical aspects as compared to the standard curriculum. Considering the exit exam scores are one of the ways in which universities keep their ranking and prestige... well, this university was not going to make the same “mistake”. The bottom line was – students are on their own in developing soft skills.

At this point, Anon hoped to just cut the whole conversation short. “Why can’t I just focus on my coding? This was why you’ve hired me in the first place, wasn’t it?”. Yet again a barrage of words, most of which just failed to connect with Anon, filled the room… They spoke something about how it’s all about social interactions and collaborations now; and that it’s been a long time since purely technical aspects were the main challenge for the business. How the company’s aim is to shift the culture towards the “socio-technical” paradigm of thinking* [2] and focus more on people. Topped up with what to Anon’s mind was clearly a regurgitated TED talk about how volatile, uncertain, complex, and ambiguous the projects are and how necessary it is to have good “soft-skills”.

The feedback was merciless, “(…) lacking in communication and other soft skills”. Obviously, the vast majority of the review was focused on praising Anon’s technical excellence and commitment to delivering on time. Yet the coercive message made all of that irrelevant. “This can’t be… Surely it’s some sort of joke…”. The disbelief hit Anon even harder upon realising that there was a dedicated training budget to “… improving soft skills”.

It didn’t take long for Anon’s anger to settle in. At this point, it was clear to Anon that they must have had soft skills. Clearly to have all those little conversations here and there. Spend a little time with each team member and explain to them how there’s no point in putting any effort into code. That was soft skills, for sure. Right?

Soon, whispers started between other team members about how unfair and dead-end this project and company was, and how utterly pointless it was to try to put any effort into work.

As time went by, thoughts of “what if” started crystallising in Anon’s head - “Maybe I  should have requested that only technical people be on the review, maybe if I  spoke at that conference last year and facilitated those pointless daily standups that would be enough proof that I  had the “soft skills”. Maybe then, people would see how truly awesome I am”.

Not long after that and the first “Why to go on at all? …I should find another job” started to emerge. In natural succession, it was time to prepare a new CV. Something Anon approached with a newfound sense of purpose. “Technical skills, easy! Java, Clojure, Docker, Kubernetes, (…), Microservices architecture…” the list went on. “Soft skills, right…” It was easier just to copy-paste some examples from the interwebs.

Nothing, not the Dvorak keyboard, not the vim supremacy, not the 1783 points on their StackOverflow profile was going to help them now. Tiny droplets of sweat shone brightly on their forehead, illuminated by a daylight lamp. “I’ll need a repo for that” they quietly whispered.

At first glance, it wasn’t the number of opinions* [15] so much as the width of the terms associated with the subject. Instinctively it was easier to think of “Soft Skills” in terms of what they are not, rather than what they are. Clearly soft skills were not the things Anon already knew. Under the guise of awkward jargon, it was a non-technical or non-cognitive skill. It was an umbrella term. It was a negative concept, that is described by the lack of something else, just as people describe darkness as an absence of light. This was not helpful for the CV building.

More often than not the definitions were a loose and debatable amalgam of interpersonal, self-regulatory and personality traits. Depending on the context in which the Soft Skills term appeared it could be centred on a specific theme such as team-work and leadership* [11], or personal goals, preferences and motivation* [4]. Others further expanded on the subject with added aspects of professionalism and emotional labour *[3]. To Anon’s surprise part of being professional was to control one’s personal emotions in the workplace* [3] … The common denominator for each flavour was that they are desirable on the labour market and bring value from a business perspective [12].

Who but the military would have coined such a delightful term as “soft skill” [6] and historically about the same time as it was ethical for Dr Zimbardo to carry out his “Prison Experiment” [7]. At this point, “soft” and “hard” skills are akin to a distinction between working with a piece of machinery or people. The skills seemed to be relevant mainly for supervising, motivational and leading roles. Importantly, even at its earliest, the emphasis was put on the fact that soft skills should be evaluated in the same way engineering aptitude is evaluated. What went wrong from there? Over time people added to it. Reinterpreted, the concept diffused [7]. Some were advocating that the distinction lies between skills involving  General Intelligence and Emotional Intelligence. Simultaneously others have provided compelling arguments that Emotional Intelligence is just an aspect of General Intelligence [8] and the concept itself – was, well, financially motivated.

Some ideas in soft skills definition have lift-off while others sink. What we’re left with is a concept too broad to easily pick up on your own without a knowledgeable guide.

The lack of competencies in consumers of such knowledge and disinterest of academics in such an area is an excellent breeding ground for many management gurus turned authors offering tips, tricks and snake oil hacks [13]. To add insult to injury, interpretation and application of such “teachings” brings very mixed results [14].

Anon’s repo grew, articles were added, notes extended. Anon started to realise there was something awry there - “I might actually be missing some of those things… There’s more to this than meets the eye.”.

It was about lunchtime and Anon was lost in the daily soylent-almond-milk-shake ritual. Despite their healthy approach of clearing the mind after hours of programming and avoiding human interaction at all cost, Anon started a conversation with one of the older colleagues. They started loosely talking about Anon’s recent investigation into “human nature”. Anon’s interest suddenly picked up as the Oldtimer said: “Say you delete a production database on one of the projects. The outcome of it is rather obvious, the business is going to suffer, clients will get angry, as a result, the company will lose some revenue. Now, you know this is bad and after years of working with software, it’s probably part of your DNA to know exactly how to prevent and mitigate such a scenario.

Compare that to another situation. Say a person undermines morale, spreading negativity and highlighting the pointlessness of the project. Now that team will eventually start believing that, and their productivity and quality of work will fall. The result is the same. The business suffers, clients get angry, revenue is lost. Now, how aware and prepared are you to prevent and mitigate such a situation [9]?”.

Anon smiled nervously, remembering a very similar situation happening quite recently… and it wasn’t a database issue. Anon then  quickly retorted: “Why on earth, would such a skill set be referred to as soft when it is so hard to acquire and master? Why on earth would it be soft if it’s so wide it’s impossible to grasp?”

“Beats me… Though, there are some voices of reason out there. Their argument is that the semantic loading of this term is so large it is actually harmful. Having “soft” as opposed to “hard” in the context of skill naturally points towards activities that are in opposition to intelligence. Well, no surprise people aren’t really that into that. One of the things is how you advertise and present such concepts. An interesting concept in rebranding it was to marry the term with STEM (science, technology, engineering, and math) and name it CORE, as in an acronym standing for Competence in Organizational and Relational Effectiveness [5] or something like that. …and narrow its scope as well.

You know, a while ago now there was the greatest rebranding of all time in the form of transitioning from ‘paying the bills’ into ‘having subscriptions’. One term highlighting cost, the other, benefits of the service. On top of that, the cultural interpretation of the word ‘soft’ is… what it is. And it has a significant cognitive effect.”

“This is all fair enough, but on the other hand, aren’t we trying to re-invent the wheel? It very much feels like we’re just creating another neologism. People are already working for years trying to establish methods of measuring soft skills [11].  … “

Out of nowhere, the doors behind them slammed with a loud THUD.

“Now that’s something you don't see every day” murmured Anon.